I'm quite a bit different than my business-owning peers — I actually don't mind paying taxes. I get a lot of benefit from those taxes: providing for our common defense, local police and fire protection, and a pretty great infrastructure (by world standards), among many other services that our governments provide.  It is my duty as a citizen to financially support the governments that protect and enable our freedoms.

I feel this way even though those services and those governments should be much more efficient and much less bureaucratic than they are.  So I'm not a typical all-taxes-are-evil type of business owner…

But I hate dealing with taxes. 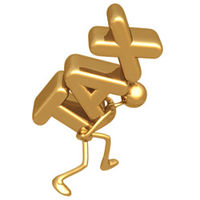 When I bought this business, I knew that I was going to have to deal more with taxes and payroll issues than when I was an individual employee of a corporation. (Unlike many businesses, we don't send our payroll or most of our taxes out to other professionals. Yet.)

But I totally underestimated the crushing administrative burden of the variety, frequency, and complexity of tax payments.  Besides dealing with federal, state, and local governments (which I expected), I quickly learned that each entity had many different types of taxes, each with different weekly, monthly, and quarterly schedules, and each out-of-sync with the others.  There were many taxes which we paid and documented on a regular basis which had to be re-documented periodically.  Then, in January, the schedule gets jumbled from every other tax period.  It is needlessly complicated and time-consuming.

There must be a simpler way for businesses to contribute to their governments. 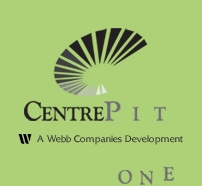 The Baltimore Sun reports that the economic slump has dried up the market for stolen vehicles and parts (especially when coupled with more sophisticated ignition systems).  As a result, car theft in Baltimore has dropped some 25% in the past two years.

Business is tough.  Even for the criminals.

Once in a while, we get a chance to do something which does good for our community while also doing well for ourselves.

We've found such an opportunity with public radio.  We've long admired the quality reporting and programming of National Public Radio and our local public radio stations.

So we are pleased to announce that Lowell's is the newest underwriter for WUKY 91.3 FM, public radio at the University of Kentucky.  Our first of many underwriting announcements (kind of like an ad spot) will run at 7:09 AM on Morning Edition.  Other announcements will run on All Things Considered, Marketplace, and (a personal favorite) Car Talk.  (You might remember our post a few weeks ago about Lowell's on Car Talk.)

We are also proud to announce that Lowell's is the first underwriter of WUKY's HD Radio programming.  WUKY is the first station in Lexington to offer HD programming, and has 3 separate HD broadcasts which you can hear with an HD radio, or via webstream:

We are proud to sponsor listener-supported public radio.  Please listen with us!

Michael Lewis and David Einhorn have written the best summary I've seen of why the recent financial meltdown happened, in an amazing editorial in the New York Times.  Their very long, very well-done article (Part I and Part II) details both how regulation failed and how it is integral to smoothly functioning markets.

Einhorn is one of the real heroes of this meltdown.  As a brilliant and wrongly-maligned hedge fund manager, he was one of the first and most articulate critics who chronicled the outright fraud, misconduct, willful ignorance, and inbred conspiracy perpetrated by financial companies (like Allied Capital and Lehman Brothers), bond insurers (AMBAC and MBIA), ratings agencies (S&P and Moody's), and government regulators (SEC, Treasury, and the Fed).

This meltdown (and the hundreds of billions we're throwing at it) are the results of an unfettered, unregulated, so-called "free" market.  Einhorn and Lewis demonstrate why regulation is necessary to a healthy, functioning marketplace.

Discovery tale: Do you have a Bugatti in the garage? 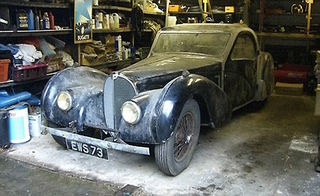 The recent discovery of a classic, rare, and dusty 1937 Bugatti in an old English garage got me thinking.

The Bugatti fits neatly into the popular imagination as a kind of "discovery tale".  Discovery tales are those romantic, hopeful stories about finding some valuable piece of treasure in an unexpected place.

The discovery tale permeates our culture:

These are all stories built around the discovery tale.  Usually, the tales result in untold millions for the "discoverers": the family who found the Bugatti will be getting nearly $4.5 million.

It is a compelling story.  Except that it is totally unrealistic.

Don't get me wrong — I really like these stories, too.  As long as they are treated as fun, fantastical tales.

When the discovery tale becomes a personal strategy for wealth or success, it is a problem.  It is deadly when it becomes a build-it-and-they-will-come business strategy.

It is a problem in two ways.  First, it promotes faith in a highly unlikely outcome.  What do I mean?  Let's be generous and suppose that there are 100,000 Bugattis (or Rembrandts or jackpots or stock certificates) in the world.  Only a fraction of those Lotto tickets are going to be found in any one year (it took nearly 50 years for the family to find the Bugatti – there's a reason that such discoveries are so rare and notable).  Again, let's be generous and assume that 5% of these (5,000 or so) are discovered per year.

At this point, there is literally a one-in-a-million chance that you will be the discoverer of the next Bugatti in 2009.  And that's after being generous with our assumptions.

If you are now tinkering with the assumptions — "Maybe there are really a million Bugattis and there's really a 20% chance of finding one…" — please STOP.  It is nice to hope, but it is destructive to manipulate the odds in order to justify hoping.

The second big problem with discovery tale strategies is that they are passive.  Discovery tales encourage waiting and hoping as a substitute for industry and ingenuity.  People put off getting a better job or starting their own business while they wait for "things" to get better or for their lottery ticket to come in.

Everyone has undiscovered treasure.  But you don't find it.  You use it.  Your treasure lies in your hands and between your ears.  You are the garage — go make your rare Bugatti.

What will we be doing at Lowell's in 2009?  In no particular order, here's some of what we'll be working on: