There’s an old saw in business: “That which gets measured gets results”.

I have to admit I’ve always been a bit dismissive of that saying (usually attributed to the late business guru Peter Drucker).  In corporate life, I saw plenty of things that were measured which didn’t get results.  The mere act of measuring something accomplishes nothing if effort doesn’t also go into improving that ‘something’.

But a couple of events over the past few weeks has me thinking about what does get results.

Newtown Pike Extension
The first event was the much-acclaimed burial of utility lines along Lexington’s Newtown Pike extension.  After Graham and Clive Pohl (of Pohl Rosa Pohl Architects) highlighted the discrepancy between the pretty artists’ renderings of the extension and the actual plans for the construction that was about to begin.  Instead of the beautiful, pristine streets promised in the renderings, the extension would have been littered with utility poles and power lines.

LFUCG engineers cited the high relative cost of burying the utilities, estimating that putting them underground would add nearly $900,000 to the project’s cost.

Since the extension will be a kind of “gateway” into Lexington, there was an outcry from many on the Urban County Council about how important it was for us to look good for visitors.  Our Vice Mayor was quoted as saying “We’ll never get a second chance to make a first impression.”  Local columnists and Lexington’s online community jumped on the issue as well, and it snowballed.

Within a couple of weeks, city leaders lined up with Kentucky’s Governor to announce that they had found the extra funds to put the utilities underground in the Governor’s contingency fund. 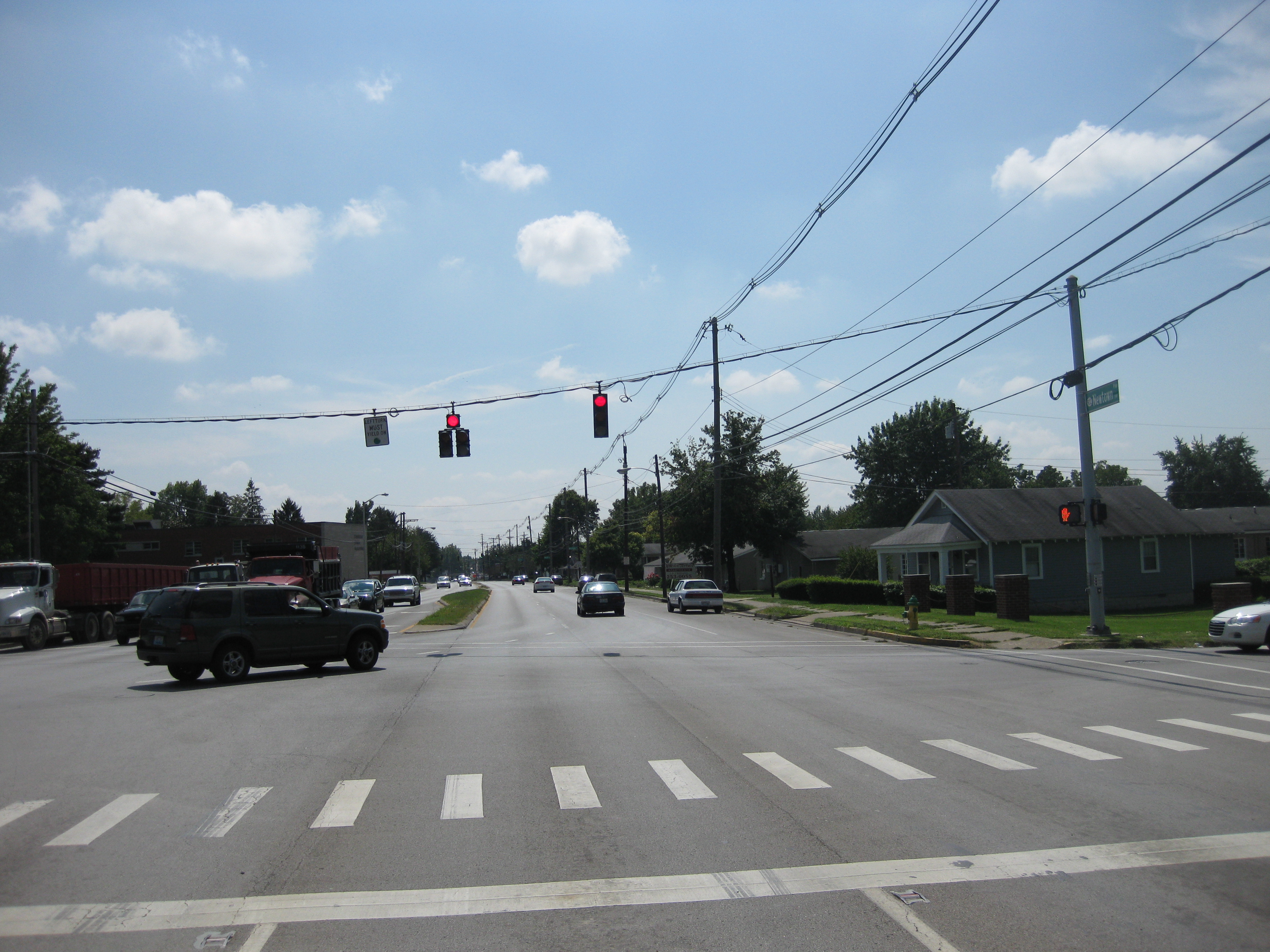 I have to admit, I support putting utilities underground, but am dubious of the “first impression” argument.  The utilities are currently slated to go underground only on the Newtown Pike Extension.  The existing stretch of Newtown will still have above-ground utilities.  So a visitor’s true first impression will still be filled with wires and poles from I-75 to Main Street, as seen in this shot of Newtown from this afternoon.

The Treeds Experiment
The second event was a little closer to home.  In the Treeds Experiment, I decided take up a challenge from an Urban County Councilmember to see how long it took to get a response from LFUCG’s Division of Code Enforcement.  So, last Friday – just before the holiday weekend – I sent an email to Code Enforcement about a lot next to our main building which had become overgrown with tree-weeds, or “treeds”.

At the same time I sent the email, I posted an outline of the experiment on my blog, along with pictures of the overgrowth.  And I pledged to chronicle the responses I got from the city. 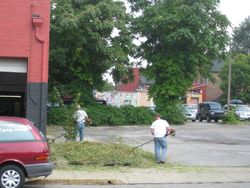 This past Tuesday, the city’s contractors showed up to clear the lot – less than one business day after my email and post.  Pretty impressive by any measure.  Code Enforcement hasn’t addressed all of the concerns I outlined (the main drain in the lot is still clogged).  But, to be fair, they have addressed most of the public safety issues which accompanied the blight in that lot.

On Twitter, a couple of folks brought up valid points.  Russell and Ann both pointed out that Treeds had an unfair advantage – because I talked about it publicly, that may have helped artificially accelerate the responsiveness of the city.  (Indeed, within hours of my initial Treeds post, a city employee commented that the experiment would ‘fail’.)

The Spotlight Effect
These two events both benefited from the “spotlight effect”: When the public’s spotlight turns to a particular issue, and that spotlight begins burning intensely, ‘normal’ reactions and ‘normal’ timelines are no longer acceptable.

Russell and Ann were right: my experiment wasn’t ‘normal’, and the average citizen shouldn’t expect that kind of responsiveness.

And others would point out that the Newtown Pike Extension wasn’t ‘normal’ either – it was a one-time event which utilized one-time funds.  We shouldn’t expect city officials to move that quickly to fix an oversight or mistake.

But we can’t wait for our leaders to do the right thing.  We need to push them.  We need to build bigger, brighter spotlights, and we need to shine those spotlights on the things that matter.

Building a Spotlight
What does it take to build an effective spotlight?  I can’t claim to be an expert, but here are some of my thoughts culled from the past few days and weeks (feel free to contribute your own in the comments below):

It is time for that to change.  As out-of-character as it may be for many of us, we need to become much more vocal about what is wrong and what we expect.  Only then can things improve.

And a movement is what dislodged the status quo of the Newtown Pike Extension.  We need more movements in Lexington with more voices working in concert.  We need to utilize our public platforms – Twitter, Facebook, blogs, and papers – to draw others to our cause.

One of the reasons that Treeds got such a rapid response was probably
the ‘publicness’ of the experiment.  That visibility helped the amplify
the spotlight and, in all likelihood, accelerated the response.

Any regular reader of my posts knows that I’m not shy.  They know
that I’m not afraid to use my platforms to try to build a movement.  In
the past few months, my blogging and writing has become fairly
visible.  (And, for what it is worth, I’ve got some like-minded
friends.)

Together, let’s be more vocal.  Let’s join our
voices with others who agree.  Let’s be more visible.  And, then, let’s
hold people accountable.

I want a better Lexington.  One where businesses aren’t squeezed out of their locations by poorly-planned year-long road closures.  One where our government operates much more transparently.  One where blight is quickly and effectively addressed.  One which has a real (and realistic) urban development plan for downtown.  One which has a thriving arts and business community.  One which leverages its past to build a brighter future.  One which will make my son homesick if he ever leaves.

If you want that too, then join me – or rather, have me join you.  Tell me
what matters.

And I’ll do my best to help you build a spotlight.  Let’s make a better, faster Lexington.

2 thoughts on “The Spotlight Effect”