We are extremely humbled by the awards that customers have chosen for us over the years.

And now, for the second year in a row, we’ve also been recognized by Angie’s List. 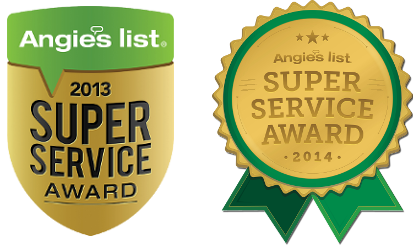 Lowell’s has earned the Angie’s List 2014 Super Service Award for the outstanding things our customers have said about our service on Angie’s List.

Angie’s List collects reviews from real people on a variety of services, including reviews of auto repair service in Lexington.

According to Angie’s List, “winners of this award have met strict eligibility requirements, which include an ‘A’ rating in overall grade, recent grade, and review period grade; the company must be in good standing with Angie’s List, have a fully complete profile, pass a background check and abide by Angie’s List operational guidelines.”

We are so honored to serve great customers and to have had those customers make this award happen for us. Thanks for all of the wonderful things you say and do for Lowell’s!

Deflategate and your car 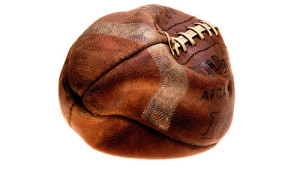 Whether you are a football fan or not, you’ve probably heard about the accusations that the New England Patriots under-inflated their footballs to gain an advantage in a cold, rainy AFC Championship game against the Indianapolis Colts.

Dubbed ‘DeflateGate’, the controversy swelled in the leadup to the Super Bowl on February 1st (which the Patriots happened to win).

We won’t delve into every detail of that controversy here (for that, we suggest checking out the Deflategate entry on Wikipedia to start).

Instead, we’ll provide a brief overview and then focus on one particular aspect of Deflategate which relates directly to problems we see here at the shop.

Much of the initial media coverage focused on possible wrongdoing by the Patriots.

But here at Lowell’s, we recognized the underinflation as something we see quite often – only with cars.

Whenever the temperature drops, our customers come into the shop because the tire pressure light on their dash came on. They are often worried about leaks.

In most cases, however, they aren’t losing any air. Instead, the air in their tires has cooled, and has lost energy in the process. And with lower energy, the pressure inside the tires drops.

Toyota has a service bulletin (see Figure 1, below) which addresses this very issue. When the temperature in the repair shop is significantly higher than the weather outside, Toyota recommends over-inflating the tires in the shop to get the right tire pressures when you go back outside.

On a very cold winter day, for example, we may inflate your tires to 38 PSI inside our warm shop, so that you get the proper 32 PSI when you are driving outside.

If we inflated to the correct pressure while inside the shop, your tire pressure would fall well below specifications when you left.

And here, we see the direct analogy to Deflategate. If the Patriots equipment manager inflated the footballs properly in a relatively warm locker room, and then brought them to a cold, rainy field for a couple of hours, we should expect the pressures to drop substantially.

Did the Patriots try to cheat by underinflating their footballs? We don’t know.

From our experience with tire inflation, however, we aren’t too surprised to see football pressures fall given the drop in temperatures that day.

Deflategate Analysis from Khan Academy – watch this video from Sal Khan for a much more comprehensive and scientific analysis of how temperature drops may have played a role in the underinflation of the footballs for the AFC Championship.