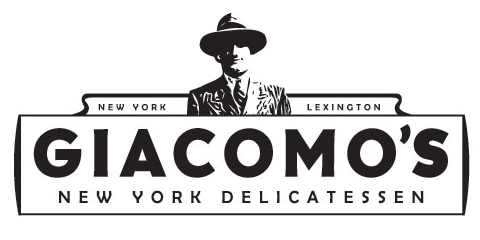 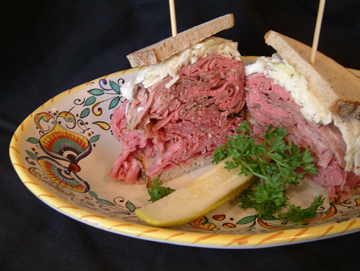 Why we specialize in Toyota (and Lexus and Scion)

When Suzanne and I bought Lowell's back in July, a lot of our friends and family wondered why the business focused exclusively on Toyota brands (Toyota, Lexus, and Scion).  There are historical reasons, but there are also significant benefits to our customers.

At first, specializing in one brand seems like a very limiting choice, since only a fraction of the cars on the road are Toyotas.  Why not serve the whole market?

There are three basic reasons we specialize:

Finally, this combination of better, faster, and more affordable reinforces itself: When we have deeper expertise, we provide superior service faster, which helps us keep costs (ours and yours) lower.

Before you serve Thanksgiving dinner…

Don't get into trouble this holiday season — be sure to have your guests sign this before the festivities start.

Occasionally, we'll come across a fan of Lowell's in the most unusual places.  We found a really great endorsement from a former customer in Orlando on this forum.  Here is an excerpt:

One thing I miss about my previous town 8 years ago was a place called Lowell's Toyota in Lexington KY. They had to be the best mechanic shop I ever came across…. I'm in search of a mechanic shop that is 20% as good as Lowell's if not better. Yes I do mean 20%.

Twenty percent as good?  Maybe it is time to open a Florida branch of Lowell's.  (Yes, I'm kidding.  We're happy right where we are.)

Lowell’s is open on Black Friday

We'll be open the day after Thanksgiving ("Black Friday"). Bring your vehicle into Lowell's, and you can
shop and eat nearby. Or, let us take you to the store with our complimentary shuttle service.

The Big 3: Thoughts on a bailout

No matter how far you've gone down the wrong road, turn back.  (Turkish Proverb)

In my last post, I chronicled what I think has caused the collapse of the American auto industry: heavy retiree costs; poor timing; and the current economic slump.

As auto executives went to Capitol Hill with hat in hand (after stepping off of their private jets), the question of the day is: Should we bail out the auto industry?  I'll outline my thoughts on that issue here, and would be interested in what you think.

I feel that I pay taxes to contribute to the general well-being of the community, state, and nation (which, ultimately, will pay me back).  My hope is that those tax dollars are allocated to the beneficial initiatives that one person or business cannot afford alone: things like roads and infrastructure, national defense, police and fire protection, and the like.

I also hope that some dollars are dedicated to the cooperative "moonshot" projects that make our country, community, and industry great.  These include things as grand as the Marshall Plan to rebuild Europe after World War II or actually going to the moon in the Apollo missions, as well as more pedestrian initiatives like DARPA (the defense research agency which spawned the internet and many other technology advancements) and SEMATECH (the government-sponsored semiconductor industry consortium which helped build huge international advantage for companies like Intel and AMD).

So is bailing out the auto industry (and its suppliers and all of their employees) worthy of such "moonshot" status?  I think that it is… IF…  It is in the national interest to preserve the domestic automakers.  The ripple-effects of the collapse of these companies, the loss of so many jobs, and the subsequent social and economic ramifications could push the overall economy into a state of depression.

While I think that preserving the American auto industry is a potentially noble pursuit (worthy of my tax dollars) and I think that it could contribute to the well-being of my country and community, I haven't heard a plan to preserve the industry.

I don't think a bailout is warranted until 3 basic questions are answered:

A bailout will fail if all it does is prop up an already-failing industry.  Until the companies and the congress talk about permanently and productively changing the way the industry operates, a bailout just staves off the inevitable.

Detroit has been on the wrong road for 35 years or more, and they're running out of fuel.  We shouldn't give them more gas until they change where they're headed…

The Big 3: Why they are failing

I grew up outside of Detroit, and most of my family still lives up in Michigan.  My grandfather enrolled in General Motors Institute (now Kettering University) on the GI Bill after fighting in World War II, and eventually became an executive with GM.  Many of my aunts and uncles still work in or around the auto industry.  Growing up, my family only owned GM vehicles: My first car was a 1971 Oldsmobile Cutlass which I drove to 200,000 miles.  My second vehicle was a 1971 Firebird, which I still have.

I love GM (even though I'm committed to Toyota now).  And I love Detroit (and all of their pro sports teams – Even the 0-10 Lions.)

So it deeply saddens me to have watched the slow, inexorable slide of the American auto industry as it now approaches complete collapse and its executives beg for bailouts from Washington.  It is a tragedy not only for the formerly-huge companies, but for all of the employees and suppliers and employees of suppliers in Michigan and across the country.

There are probably hundreds of factors in the Big 3's decline.  Here are three which I think are most important:

These factors, when combined, account for the implosion of the automakers.  As 1) Detroit has failed to deliver what the market needs, and 2) the overall market shrinks — resulting in a 45% sales drop in just one year for GM — the industry can't afford to pay for the massive obligations represented by its retirees.

So that's my Cliff Notes version of what's wrong with the Big 3.  In my next post, I'll explore whether a bailout of the industry makes sense.

(P.S. If you are interested in an extended discussion on GM's pension obligations, check out Roger Lowenstein's While America Aged, which devotes about a third of the book to how GM got into this situation.)

Here are the most recent posts to Under the Hood:

While you wait: Mulberry and Lime

Just across Limestone from Lowell's, tucked in between Sayre and Constitution Street, is a beautiful old house which houses Mulberry and Lime.

If you are looking for a classy gift (for yourself or someone else) Mulberry and Lime is THE place to go to get the best linens, furnishings, and accents, and is a "must-shop" this holiday season.

While you wait for you car to get serviced at Lowell's, be sure to visit Mulberry and Lime.

In the first two installments of Dealership Economics, we talked about why the car sales process is so vague and about the importance of the service department to the dealership's business.  In this post, we'll look at what the dealership company's financial statements say about Toyota's position in the auto industry.

With the financial crisis at GM, Ford, and Chrysler (more on this in an upcoming post) making front-page news every day, you might wonder about the implications for Toyota in this economic downturn.  Toyota has definitely been hurt by the recent slump (see here and here), although it is not in the disastrous financial shape that Detroit's automakers are in.

So how will Toyota fare relative to the industry?  We can learn a lot when we go back to the dealership company we looked at in our other posts.

When we look at the numbers, two things jump out right away.  The first is that the Big 3 automakers' share — in both number of cars and dollar amounts — has eroded dramatically in just one year.  In just one year, the Big 3 has shrunk from over 35% of this company's car sales to under 30%.  Even if the economy were stable (which it obviously is not), such loss in share indicates that Detroit isn't making cars that people want.

So, what does this mean for the long term?  When the economy recovers, Toyota is in the best position to lead the automotive industry.  In addition, the long-term bets that Toyota made years ago (hybrids, flexible manufacturing, etc.) have helped sustain it through these difficult times.  In the end, Toyota will emerge as the dominant player in the auto industry.